Happy First-Date-iversary to my beloved Sam. It’s been nine whole years since I went to JFK to pick him up for our first date. We hadn’t seen each other in almost three decades, since high school. Now, so many years later, it is easy to love Sam. Here are just a few reasons why… 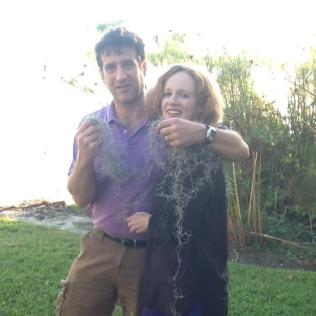 He loves a buffet, food spread, or five-course meal. A real foodie. The joy on his face is so worth my constant fear of food poisoning.

He is handy–and works hard to learn new tricks. Home Depot is his friend. His forays into TV installation are legendary. At first, he mounted our TV near the ceiling, then realized this wasn’t ideal.

It is fun to live with him. I’m not sure why. Is it his good nature? His non-smothering way? He’s just lovely, even in small spaces. In fact, I’m more comfortable when we’re in the same room. He makes really good coffee, too.

When he has time, he cooks and his meals are heavenly, except for the stuffed cabbage but I eat it anyway.

He is a book-worm and reads international news. A total smarty-pants.

He really loves my mother and brother (my deal breakers).

Three times, he came with me to see Duran Duran in concert and even acted ecstatic for this picture.

When I am enraged or mean to him or having a meltdown, he takes it seriously but also isn’t freaked out by it.

Except for his camo shorts, which his nieces loathe, he dresses nicely for every occasion.

It is highly entertaining to hear Sam talk to customer service on the phone. He will go on for hours and get to the bottom of a problem–and get that $5.00 refund from a vending machine.

He is fearless. I mean, he might have anxieties, but if you want to jump out of a plane, he will do that, too. He can also tell you in minute detail how to put your butt through a glass shower door and get thirty-six stitches in your butt.

Sam has a strong moral compass. He does the right thing, helps people, and feels endless guilt if he causes harm. He just cares, even if the person is a shitbag.

Obviously, he is good-looking and charming. That’s only a fraction of why he’s so special.

In all the dating manuals, we’re encouraged to act a certain way. With Sam, the more attention he gets, the happier he is. It’s that simple, and so refreshing not to withhold the urge the text him with lots of emojis.

I love listening to him, even if he is ranting about things I don’t believe. The intellectual or emotional slant is always fascinating. Then he will change his mind a week later.

Sam is close to his brother and their daily conversations are a play in three acts with one twenty-minute intermission while Warren finishes shopping at Publix. The best theater around.

He doesn’t tell me about the near misses on his bike rides to and from work–and he wears a safety jacket and helmet. I just pray he comes home every night in one piece. 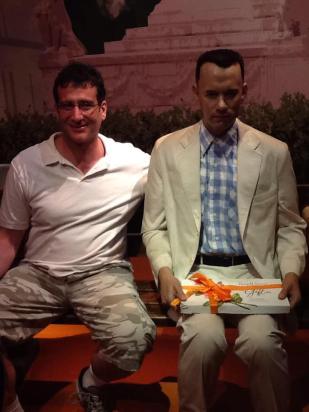 He makes everything more fun! Travel, walking around the block, getting ice cream, dinner out, exercise, and even illness.

He will chase Yossi around the apartment, play fetch with him, and wrestle. The cat has him wrapped around his paw.

Sam is one of those people who brightens up a place. He’s always good to have at a party and at home. If it’s open bar, do not have a karaoke machine.

When he walks down the street, he usually has a smile on his face, which is why people stop him to ask a question/directions.

He has his bad days, but understands how things shift. His self-awareness and overall understanding helps those who might have stormier outlooks (I’m not naming names).

I am so grateful that I get to spend every day with this special human being. Happy Nine Years, Cookie aka Love of My Life! When this picture was taken in 1984, I had no idea that you would be my husband someday…. 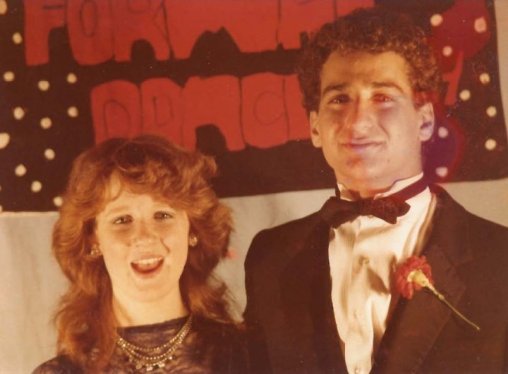