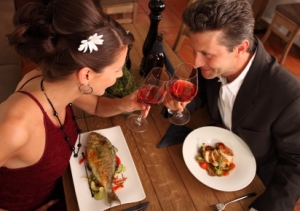 It’s a Monday and these romance pet peeves have been brewing inside of me for a while. Because my coffee lacked oomph today, I must unleash:

1. This pet peeve comes from Harlequin Romantic Suspense and Kensington author Melissa Cutler: It’s meal time, the hero and heroine are getting squirmy and he says something like, “I’m hungry, but not for food.” [insert suggestive eyebrow raise] This line may have been a novelty decades ago but now it’s just plain corny. I half expect the heroine to respond, “What are you getting at?” [blink, blink]

2. Referring to lovemaking (that’s another pet peeve, the word “lovemaking”) as “a dance as old as time.” How old is time? If you’re science-minded, there were asexual one-celled organisms crawling around the planet before the dinosaurs appeared. I think they lived in the ocean and probably danced with themselves. If you believe in a higher power, the dance would be as old as time — though time existed before Earth and our concept of the universe, didn’t it? My beliefs are somewhere between science and spirit and the only dance as old as time, to me, is this (I love Fred!). There must be another way to add flourish to the act.

3. The heroine slobbers on herself during a food-fest with the hero. She’s daintily eating potato skins and some sour cream doesn’t quite make it into her mouth (I can relate). The hero leans over and dabs at her lips, smirking over how cute she is. It’s supposed to be sexy, but all I can think is ew. Sure, we all have those less than elegant moments. Sometimes, after a long, hard day I am too busy shoving the bacon cheeseburger in my face to worry about ketchup and pickle juice rolling down my chin. This nastiness I try to conceal from society. In your romance novel, the heroine doesn’t need to wear her food.

4. Along these lines, food can be an important component of a developing romance. How else to get the hero and heroine together than over a meal? Dinner is romantic, as long as they don’t eat the same thing in every book. I wish I had a dime for every “garden salad” and loaf of “crusty bread” that characters have chomped on. I won’t go into how much iced tea characters seem to drink, which makes me want iced tea (I’m trying to cut down on my caffeines). Bottom line is with the ever-expanding palate of food shows on TV, consider varying your characters’ dining choices. If you can make me salivate, that’s a bonus. These days, I’m very into cupcakes.

Oooh, cupcakes. There’s an idea for a chaotic Monday. Will I get frosting on my face? No one will ever know. 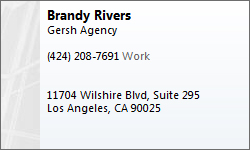